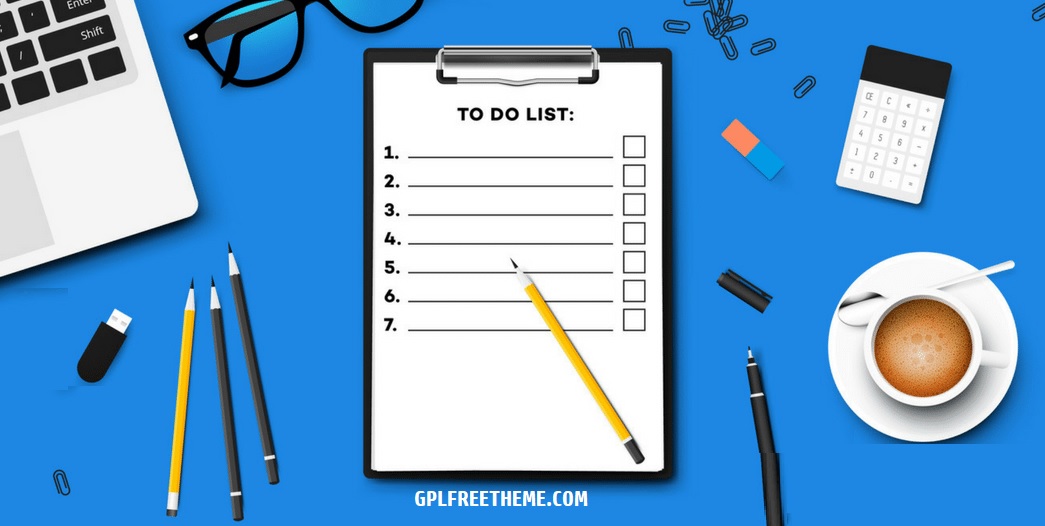 What you probably experienced was this: you planned your day the night before, and you felt you were on top of your tasks. However, things started to go wrong when you kept adding tasks to your list, and finally, your task list was many miles long. Your to-do list also contained tasks that were pretty much impossible to get done in one day.

To-do lists are a great way to keep track of outstanding tasks, but they can be poor motivators. They often end up too long, too short, too vague, too confusing, overcommitted, unwieldy, stale and forgotten, or even too meticulously planned. Don’t manage your to-dos. Get them done, simpler helps you prioritize what needs to get done so you can focus on what truly matters. Simpler deserves your attention. It works better than Todoist when it comes to simplicity. Keep up the good work!” vist simplerlist.com

It doesn’t seem like a complicated practice-writing down a few things you want to get done each day but so often it is.

If you’ve found your simple to-do list to be anything but, use one or more of these seven techniques to create a better to-do list.

1. Note Why Each To-Do on Your List Is Important

For many of us, to-do lists feel like shackles. They make us miserable and sap our energy rather than motivating us to get more done.

Art Markman, professor of psychology and marketing at the University of Texas at Austin, says this is because our to-do lists are too often just collections of boring, stressful, or banal tasks:

If you confront yourself each day with reminders of only the least enjoyable parts of your job, it’ll probably wind up sapping your motivation to come to work.

Consider adding a sentence to every task on your to-do list that explains the value of completing that task. If you can clearly define why a task needs to be done, you’ll feel more motivated to complete it.

Another benefit of defining the value of the tasks on your to-do list: it helps you find the tasks that probably aren’t worth doing. If you can’t figure out what value completing a task will provide, you should probably just delete it off of your list.

One of the most common problems with to-do lists is that they’re overwhelming. When you’re constantly adding new to-dos to your list as they pop into your head, you often end up with dozens or hundreds of to-dos.

Every day, you have to parse through all of those items to decide what to focus on next. And every day, the growing size of your list stresses you out. You may never get through them all.

Deleting low-value, no-value, and nice-to-do tasks from your list helps you create a better to-do list because it makes your list more manageable, less stressful, and more skimmable. It keeps your most pressing and important tasks top-of-mind and helps you avoid getting distracted by tasks that won’t move the needle.

And if you’re concerned that you’ll lose track of tasks you may eventually want to make time for by deleting them from your list, you can use a tool like MeisterTask to move those to-dos onto their own “someday” list that you can review occasionally when you’ve run out of things to do.

This keeps your important and unimportant to-do lists separate but lets you keep track of the nice-to-dos you might want to tackle when work is slow.

3. Create a To-Do List for Each Week or Each Day

If you’ve deleted all of your no/low-value and nice-to-have tasks from your to-do list and still find it overwhelming, consider using one of the following prioritization techniques to create an individual to-do list for each week or day:

When using these methods, it helps to have a to-do list tool that makes it easy to drag and drop your to-dos into different lanes. For example, here’s how you could set up MeisterTask to work perfectly for the 1-3-9 method.

One of the quickest ways to get overwhelmed when looking at your to-do list is to have a list filled with monstrous tasks that will take weeks to complete.

Let’s say one of your tasks is “plan 2020 editorial calendar.” That’s a massive undertaking composed of many smaller tasks like:

That’s weeks worth of work you’ve combined into a single to-do line item.

Instead of having lots of very large tasks on your lists, spend some time breaking those large tasks down into the smallest completable components.

This will not only make it easier to plan your days and weeks, but it will also give you the satisfaction of seeing more completed items on your list, which should help motivate you to keep working your way through your list.

Mark Forster, the author of many productivity books, once conducted a productivity experiment where he wrote his to-do list for the day and then put it away in a drawer. Forster hoped writing the list would be enough to make him remember what was on it and get it all done.

Sadly, when the end of the day rolled around, Forster pulled the list out of its drawer and realized he hadn’t done even one task on the list!

Thinking about why the experiment failed, Forster came up with another approach: the next day, he wrote a list of what he thought he would actually do. This was more of a prediction list than the kind of hopeful wishlist most of us make for our daily task lists.

Again, Forster put the list away in the drawer. But this time, he managed to complete every task on the list—and all without looking at it once!

The trick to this approach, Forster says, is making the list in answer to the question:

What do I actually think that I will do today?

Using this approach, Forster found he not only got more done during the day, but he even managed to get through some tasks he’d been putting off for a long time.

If you find your reality rarely matches the plan you make ahead of time, try making your to-do list in answer to Forster’s question and see what difference it makes to your productivity.

While it may not be practical for every to-do list, another way to write a better to-do list is to make your list public so anyone can see it.

This is something software developer Joe Reddington did in 2016, saying “it’s been the most effective change in my productivity in at least two, possibly five years.”

Why did a public to-do list have such a big effect on Reddington’s productivity? It was all about how he wrote his to-do list.

As soon as he made the list public and realized other people could read it, Reddington saw things he’d overlooked when the list was private. He’d included duplicate tasks, written tasks as questions rather than statements he could act on, and had many poorly-written tasks on his list.

Reddington went over his list and rewrote many of his tasks, as well as deleting duplicates. The process of rewriting tasks so they made sense to other people, Reddington said, made him think about them carefully and define them better:

When you write a to-do item for someone else to read, you tell them what actually has to happen, but when you write it for yourself, you leave yourself a cryptic note.

Even if you don’t want to make your entire task list public, you can replicate the benefits of Reddington’s experiment by imagining that someone else will read your to-do list.

Writing your tasks as if they’re going to be read by someone else will force you to articulate and define them more clearly, making it easier and faster to act on them later.

In a 2016 study, researchers gave people 40 seconds to either draw words or write them down repeatedly. After drawing/writing a variety of words, participants were asked to recall the words. Those who had drawn the words recalled more than twice as many words as those who wrote their words down.

The researchers believe the difference may be due to how many different skills we use when drawing. We have to imagine the item in our mind, think about its physical properties to figure out how to depict it in a drawing, and use our motor skills to draw it on the page.

The study’s authors say this combination may make us create a stronger memory of the word:

We believe that the benefit arises because drawing helps to create a more cohesive memory trace that better integrates visual, motor, and semantic information.

So if you find you’re not getting enough done because you forget what you’ve planned for the day—or you’re wasting time looking at your to-do list over and over during the day—try drawing it instead. You might be surprised at how much better you recall everything you wanted to get done.

If drawing isn’t your strong suit, you can also try using a mind mapping tool like simpler to create more visual to-do lists.

The visual nature of a mind map will help you create a picture in your mind of the things you need to get done, and you can also attach images to your mind map for even more visual cues to reference when you’re trying to remember what needs to be done.

Mind-mapping tool simpler makes it easy to create visual to-do lists, to brainstorm the tasks you need to do, and to break down large tasks into smaller components.

Then, with the simpler, you can send your tasks straight to task-management tool simpler where you can plan your days using MITs or 1-3-9 and share your to-do list with others.

With the right techniques and the right tools, you’ll be well on your way to a better to-do list.